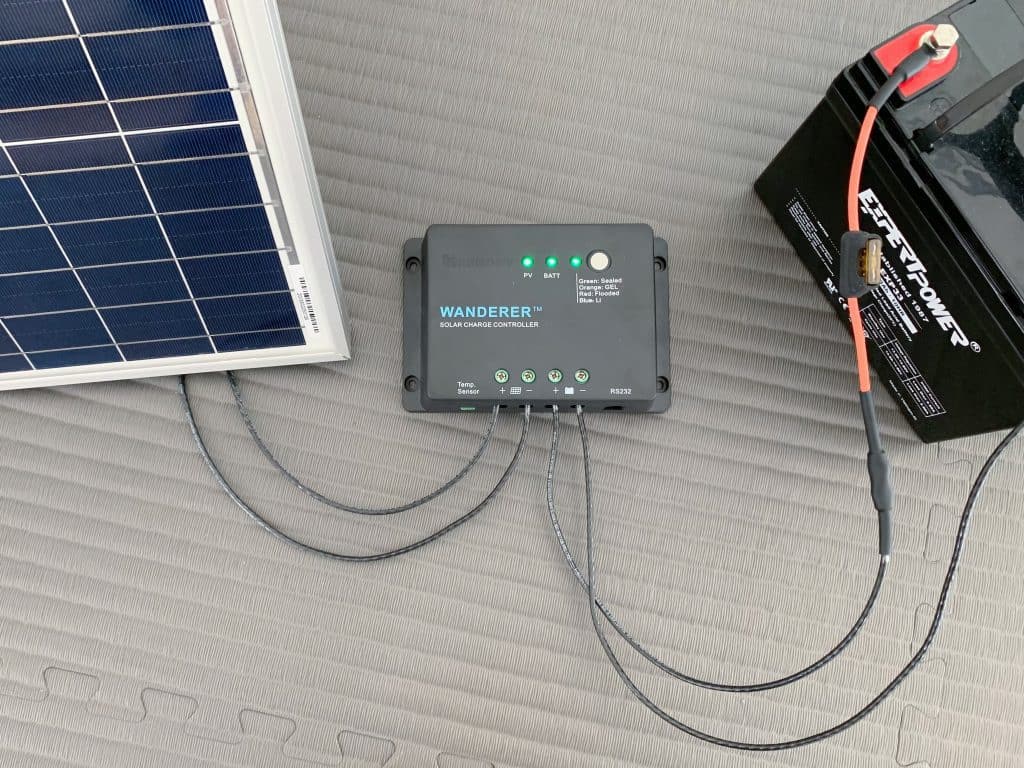 Solar Panels no matter how big or small can produce enough energy to perform certain jobs as simple as recharging batteries for Off-Grid outdoor equipment and even creating an easy solution for charging dead Car Batteries Can I connect a Solar Panel directly to a battery?

Yes, Connecting a Solar Panel to a Battery will charge it but there are 2 dangers:

At night, power can leak back into the panel, slowly discharging a battery
The Panel can overcharge & ruin the battery
Using a Charge Controller adds Overload protection-Low voltage disconnects-Block Reverse Currents

How to Connect a Solar Panel To a 12-volt Battery

The first component is the Solar Panel which could be any standard size normally as low as 3 and as high as 300-watt Solar panels. This size Solar Panel will normally give out approximately 18 to 22 volts. You would need 14 to 16 volts. First, connect the load from the Solar Panel to the Charge Controller which regulates the current to and from the battery. Test the Solar before you use it with a Voltmeter set to DC current laid out in the sun. You should have somewhere in the Ballpark the rating for the Panel. We are using a 30-watt Solar Panel.

A Charge Controller -prevents overcharging of batteries by limiting the amount and rate of charge to your batteries. They also prevent battery drainage by shutting down the system if stored power falls below 50 percent capacity and charging the batteries at the correct voltage level. This helps preserve the life and health of the batteries.

Overall though, sizing charge controllers is fairly straightforward. Charge controllers are sized depending on your solar array’s current and the solar system’s voltage. You typically want to make sure you have a charge controller that is large enough to handle the amount of power and current produced by your panels.

Typically, charge controllers come in 12, 24, and 48 volts. Amperage ratings can be between one and 60 amps and voltage ratings from six to 60 volts. Our 30-watt solar panel has an output of 1.6 amps of DC power during peak solar hours. This panel must be used with a controller, as it is large enough to overcharge batteries without one. 30 watts of solar can be used for charging and maintenance of 12-volt batteries up to about 250 amp-hours of capacity and replace energy consumption, giving from 6 to 12 amps or more in a day.

What Does a Solar Charge Controller Do

The Charge Controllers have 3 main functions-

Overload protection: Charge controllers provide the important function of overload protection. If the current going into your battery is much higher than what the circuit can deal with, your system may overload. This can lead to overheating or possibly cause fires. Charge controllers prevent these overloads from occurring. In larger systems, we also recommend double safety protection with circuit breakers or fuses.

Low voltage disconnects: This works as an automatic disconnect of non-critical loads from the battery when the voltage falls below a defined threshold. It will automatically reconnect to the battery when it is being charged. This will prevent an over-discharge and protects equipment from operating at dangerously low voltages.

Block Reverse Currents: Solar panels pump current through your battery in one direction. At night, panels may naturally pass some of that current in the reverse direction. This will keep your battery from draining. Charge controllers prevent this from happening by acting as a valve.

Welcome to the world of Solar. This simple setting will allow you to run the light or whatever load you need at your campsite or wherever you are and charge your battery during the day and use 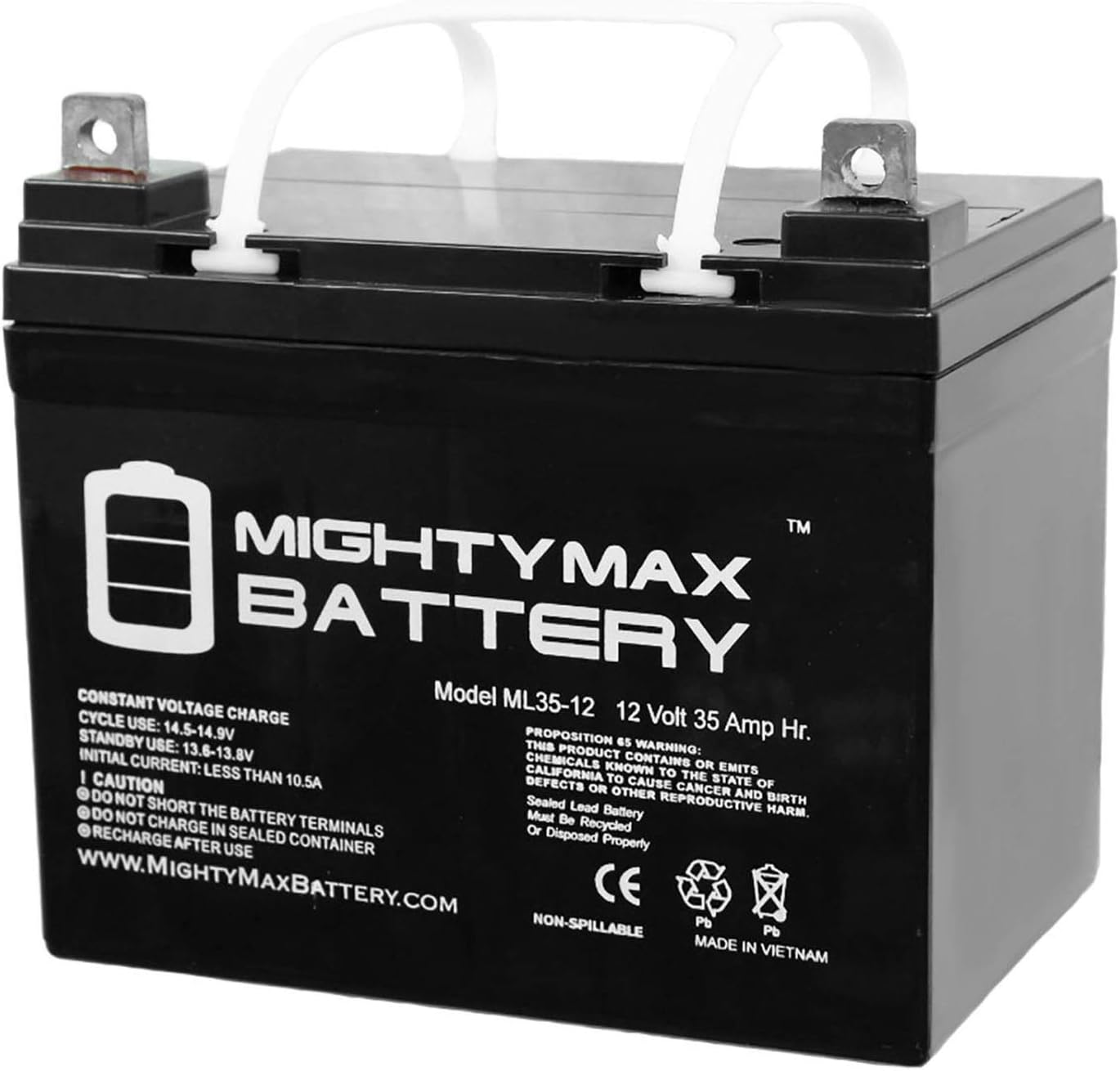 the appliance at night directly off the battery. Other devices like a laptop or mobile phone whatever you desire. You can buy a Charge controller and Panels to expand as your needs require or start off with a simple beginner’s Solar kit like this one TP-solar 30W 12V Solar Panel kit Battery Charger Maintainer + 10A Waterproof Solar Charge Controller + Adjustable Mount Tilt Rack Bracket for Car RV Marine Boat 12 Volt Battery Off-Grid

Purchase the 12 Volt Battery and Battery Box with it and you’re in business with all the components you’ll need to get you going. You can expand this system which is great for camping and build it up by adding bigger Solar Panels and even Batteries. When you get into expanding your Small Solar System then make sure you size the components accordingly, especially the Charge Controller.

The answer for whether you wire a Solar Panel directly to a Battery is you can but it will be unhealthy for your battery. If your Solar Panel is producing 16 or 17 Volts going straight into the battery it will cause problems the maximum volts coming into a 12 Volt Battery should be around 14.4 to 14.6 volts. that is preferential amounts volts when charging.

Some Solar Systems come with a Diode that blocks the current and allows it to only move in one direction.  In plumbing, the Diode is equivalent to a check valve. A Blocking Diode prevents Battery voltage from moving from the Battery back towards the Solar Panel. This will happen at night when no voltage will be moving into the Battery. This may or may not happen but with a Charge Controller, it will definitely not happen. Most Diodes were replaced by Charge Controllers that provide the same service when Solar Panels are wired in Series for adding more power to Solar Systems you may find a Diode in your system.

If you are having voltage problems in your Solar Panel then open your junction box on the back and run a Solar Panel Test and while doing it look for a Diode in the box that may be the problem. 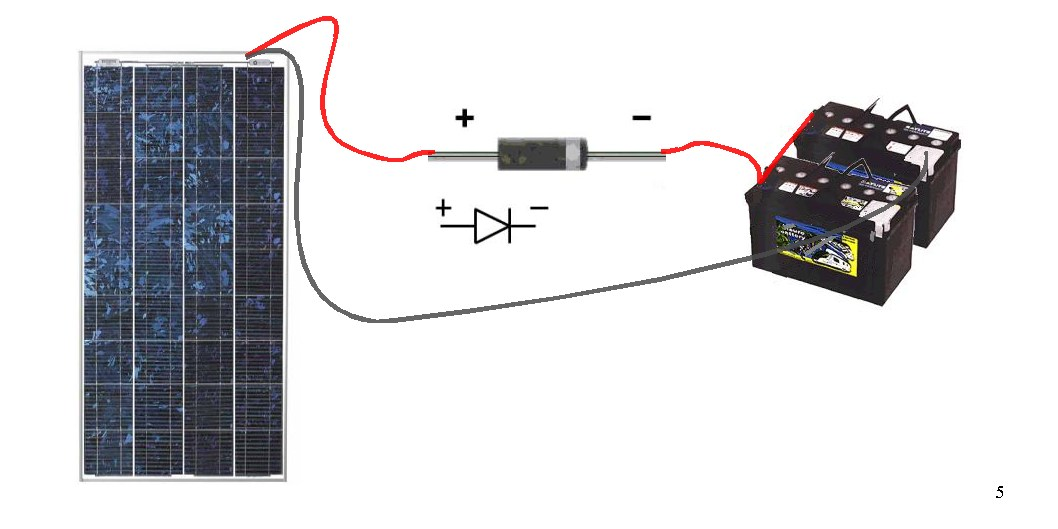 This will quite happily charge a battery! However, there are two of the same potential problems with attaching a panel directly to a battery.

How to Connect a Solar Panel To a Car Battery

Doing it the proper way will ensure that the battery will charge and won’t harm it by simply using a Charge Controller to adjust the volts recharging the battery. First, connect the line into the battery then the controller that’s connected to the Solar Panel. The voltage coming from the Panel to the Battery will level off and won’t allow the targeted voltage to go beyond 14.6 volts. This is the appropriate maximum level that is needed to charge the battery without damaging it.

The size Solar Panel you need for trickle charging a car battery is a small 20-30 watt panel system that will deliver approximately 1.6 Amps that will charge a regular car battery in a day or 2.